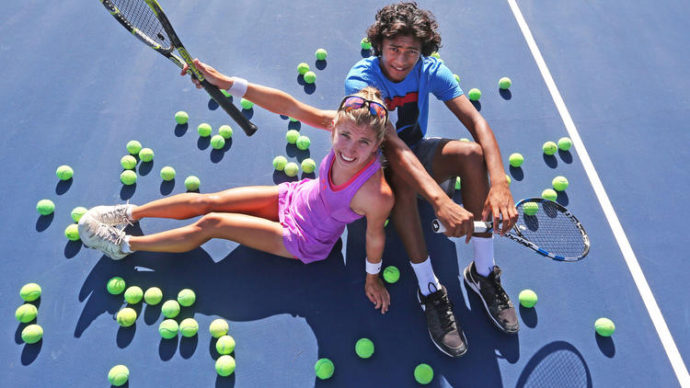 Brittany Tagliareni cannot fix her hair, has trouble adjusting certain types of clothes and struggles to apply sunscreen or tie her shoes properly.

Put a tennis racket in Tagliareni’s hand, though, and the Sanford woman becomes empowered. That strength was displayed at the #OrlandoUnited Doubles Tennis Open on July 30 at Orlando Tennis Centre.

Tagliareni, the only Special Olympian in the field, combined with former Winter Park High standout Ninan Kumar to win the championship. It is believed to be the first time in the state that a player with disabilities prevailed against an entire field of players without limitations, according to the Florida Tennis Tour, which sanctioned the event.

“Pretty awesome,” Tagliareni said of winning. “The best ever.”

Tagliareni, 26, suffers from autism, motor-control issues caused by apraxia and dyspraxia, and auditory processing disorder. Since following her brother A.J.’s example eight years ago and beginning to play tennis, Tagliareni has discovered a different world.